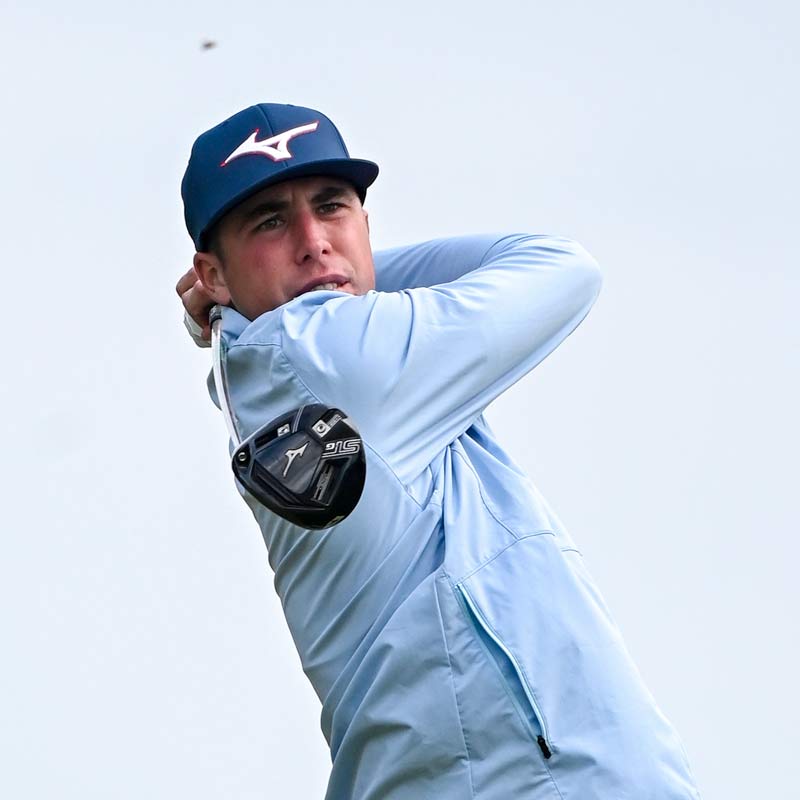 The big-hitting OJ Farrell (25) has two wins on the Clutch Pro Tour to his name and a successful introduction to the Challenge Tour in 2021. Farrell previously had a stand out amateur pedigree, having starred for Marquette University in the US. In 2018-2019 Farrell was named BIG EAST Player of the Year. The first player in Marquette program history to earn four all-conference end-of-season honours after being named a First Team All-BIG EAST selection for the third straight year and the fourth to earn BIG EAST Player of the Year honours. Farrell led the BIG EAST in individual scoring average, posting MU’s best individual finish in five tournaments.

In the bag of Mizuno Tour Staff