Mizuno has confirmed that Garrett Clark and Grant Horvat have joined its team of tour players and influencers from 2022. Both Clark and Horvat have previously played Mizuno equipment on their social platforms through 2021.

Clark is the founder of the GM Golf YouTube channel and has been attracting fans since he was nine with his elaborate array of trick shots. With a following of over 1.9 million on TikTok, 468k on Instagram and 548k subscribers to his YouTube Channel.  Clark is arguably the most influential role model for young golfers worldwide not to play on the major circuits. 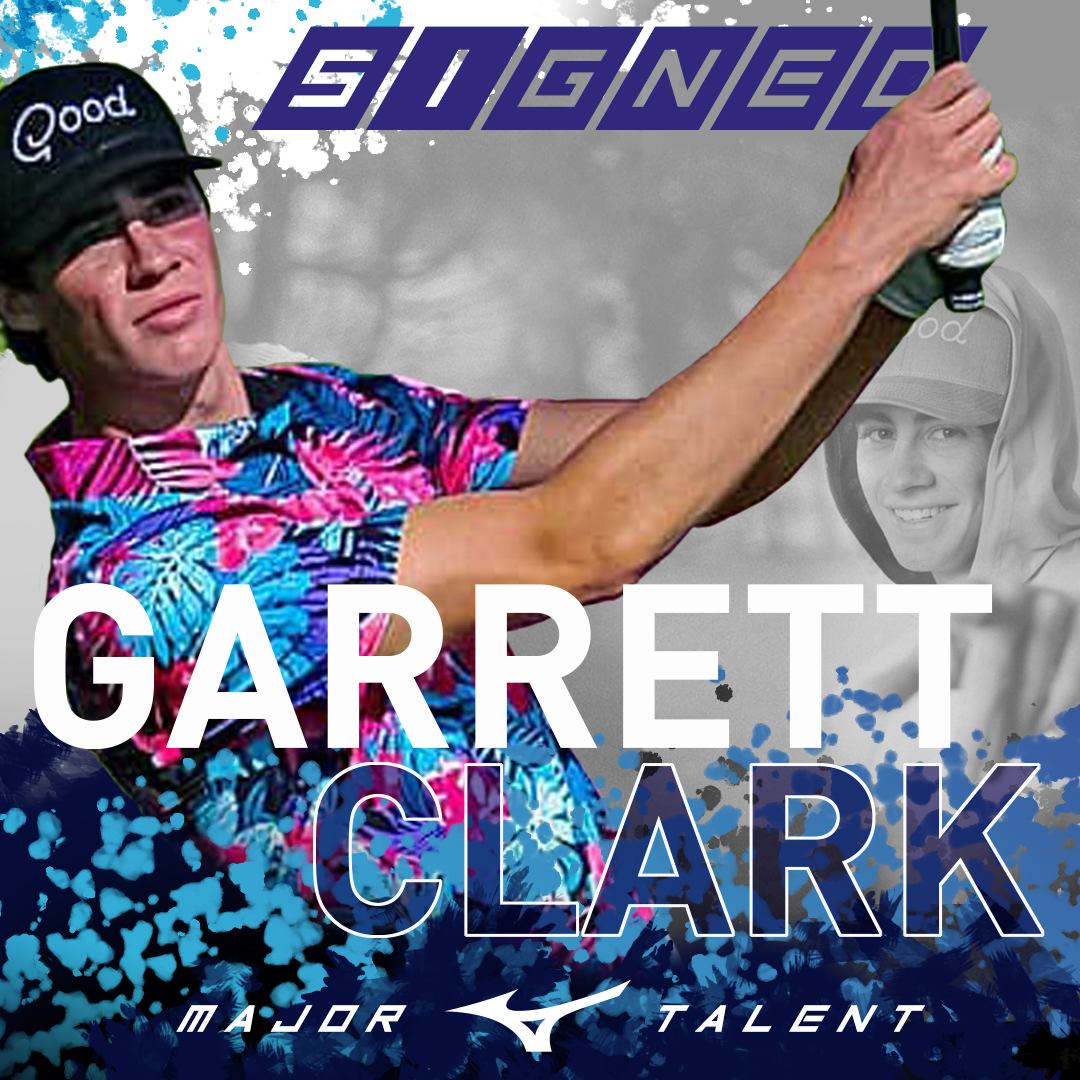 Clark initially gravitated to Mizuno having been fitted for a set of Mizuno MP-20 musclebacks at independent US retailer GolfTec, where he had arrived determined to choose whichever brand of irons performed best.  Mizuno’s Chris Voshall took the story on;

It’s a very typical Mizuno story – which always starts with the product.  Garrett navigated himself to a set of Mizuno irons and we got to know each other from there. Once the irons stuck in Garrett’s bag, we started working on the rest. The viewers were a little suspicious at first but with Mizuno driver, three wood, wedges and putter, they saw Garrett’s game improve steadily over 2021. 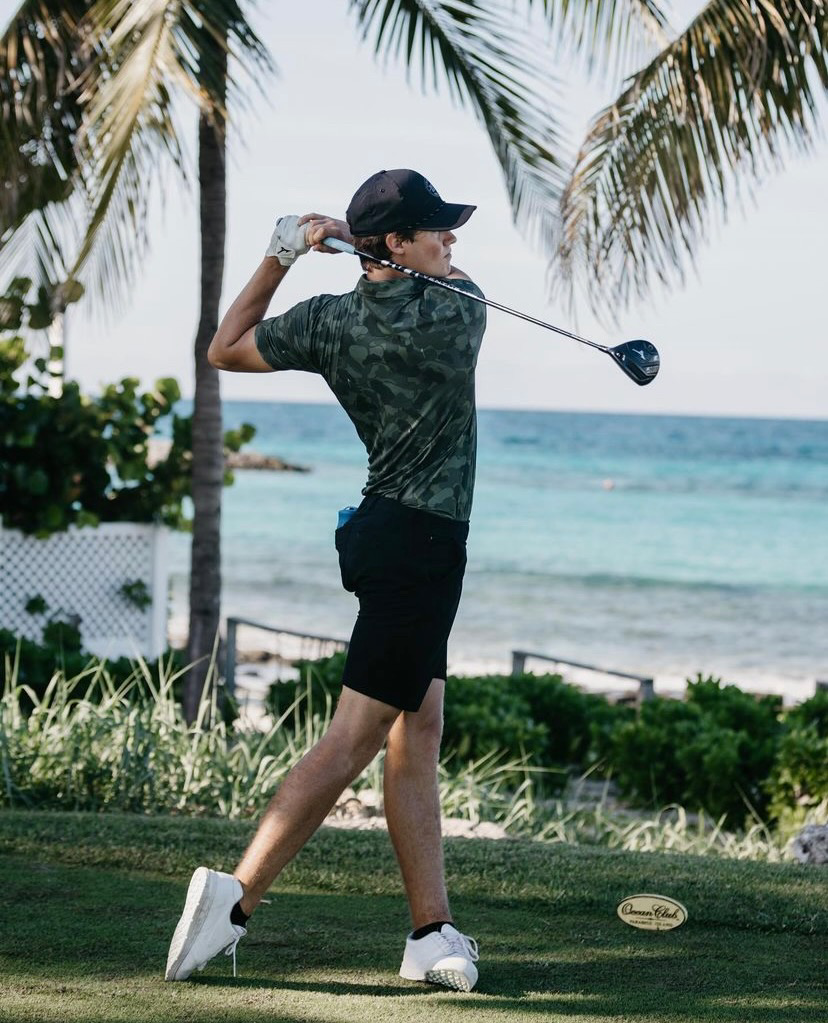 Voshall believes the signing of Clark and Horvat matches the brand’s forward-thinking ambitions.

Mizuno had just got to the end of a three-year plan to re-establish its drivers and fairway woods. We’ve always been known as a great iron brand but established players can get a little lost in that. The brand needed to emerge from its own shadow. To do that, we needed a new figurehead who didn’t care how great we were 20 years ago or how many majors Mizuno irons had won. Garrett fits that bill perfectly. He’s judging purely on performance, and so are his audience.

While Mizuno was evolving its working relationship with Garrett, he was also building a new one with Grant Horvat, a new playing partner from Florida. Grant, a talented college golfer, proved a perfect foil for Garret in their Saturday matches on GM Golf. Whereas Garret is a creative scrambler, Horvat displays a more textbook, timeless approach that has quickly endeared him to Garrett’s fan base. 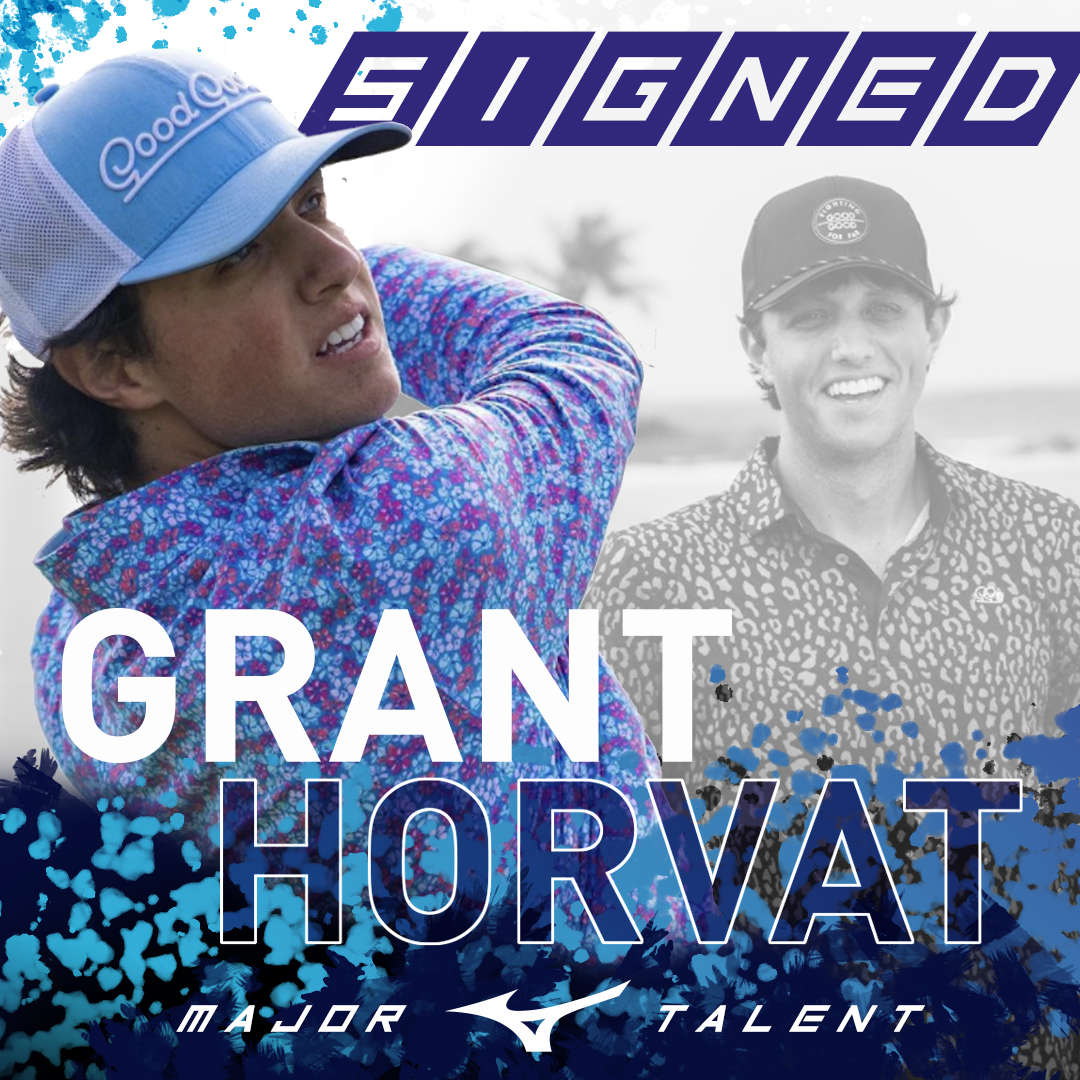 Grant has different qualities to Garrett. They make a perfect pair for both GM Golf and Mizuno. Garrett showcases Mizuno’s products brilliantly out on the course, but Grant is more controlled and interested in technology and custom fitting. They each have their own roles to play. 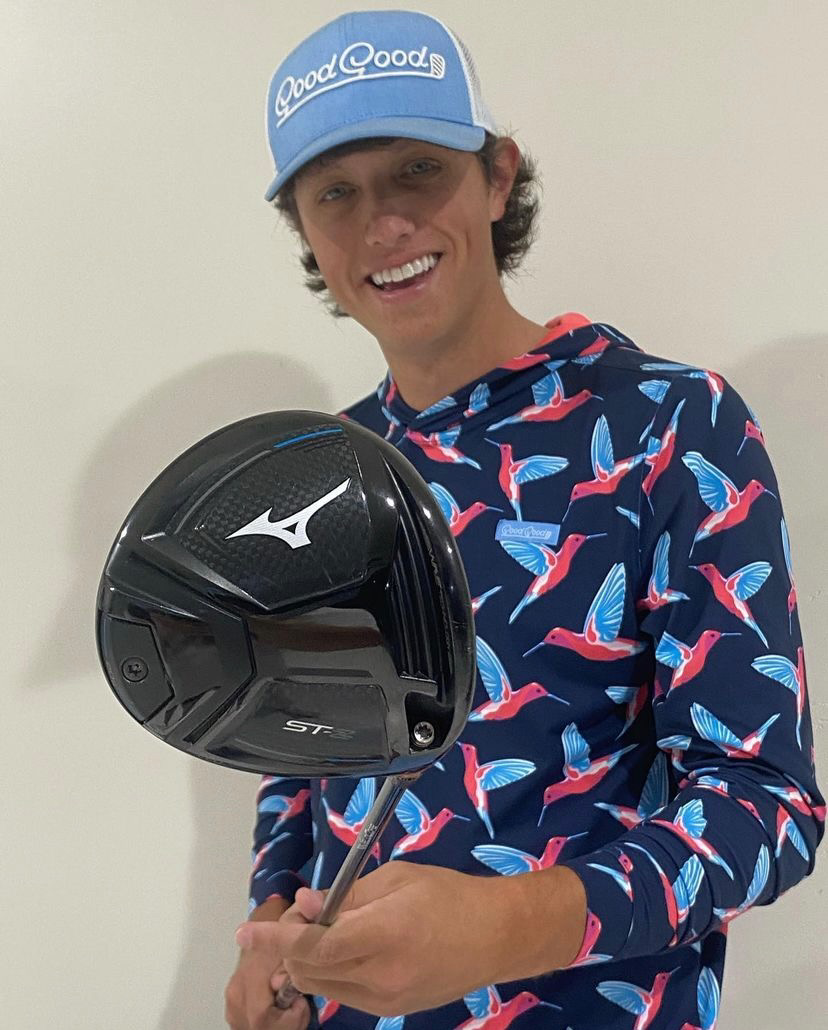 Grant Horvat was one of the first players to reveal the new ST-Z 220 driver.

Garrett and Grant line up alongside UK influencers Matt Fryer (Matt Fryer Golf) and Liam Harrison (Golf Mates) in representing Mizuno on social platforms, showing a fresher side to what has historically been a very traditional brand. Alongside a tour staff with an ever-younger edge for 2022.  Voshall concluded;

When you look at the type of players Mizuno are now signing, it’s all about developing young talent. Much as it would be fun to sign a ready-made world #1 or major winner, we get a lot more satisfaction out of helping players get there. We’ve recently introduced Greyson Sigg to the PGA Tour and have serious talents like Olivia Cowan, OJ Farrell, Joe Long and Stephen Fisk in the wings. Grant and Garrett will become part of our new scouting network to find the next major Mizuno talent.

Garrett Clark and Grant Horvat will both play a full bag of Mizuno clubs over 2022.  Both currently play a blended set of Mizuno Pro 223 and Mizuno Pro 221 irons – with Mizuno ST-Z 220 driver and ST-Z fairway wood.  Both play Denim Copper T22 wedges and Clark also has the Mizuno Pro Fli-Hi long iron replacement.