The first full set of Mizuno Pro 223 irons has gone into play on the PGA Tour – according to images from Golf WRX posted from the 2021 Shriners Hospitals for Children Open in Las Vegas.  The set played by a non sponsored player can be seen at Golf WRX.

The Mizuno Pro 223 is a compact players cavity – smaller in size than the the model it replaces, the MP-20 MMC.  However it shares a construction technology with the JPX921 Forged – using high strength Chromoly and a well hidden micro slot design.

From an engineering perspective – the Mizuno Pro 223 is probably the biggest step forward of all three new irons. The 221 and 225 are refined versions of their predecessors (MP-20 & MP-20 HMB) – but the 223 is a completely new concept.

An incredibly compact players profile – smaller in every way than the iron it replaces. With Chromoly Forged and a hidden micro-slot from 4-7 iron. 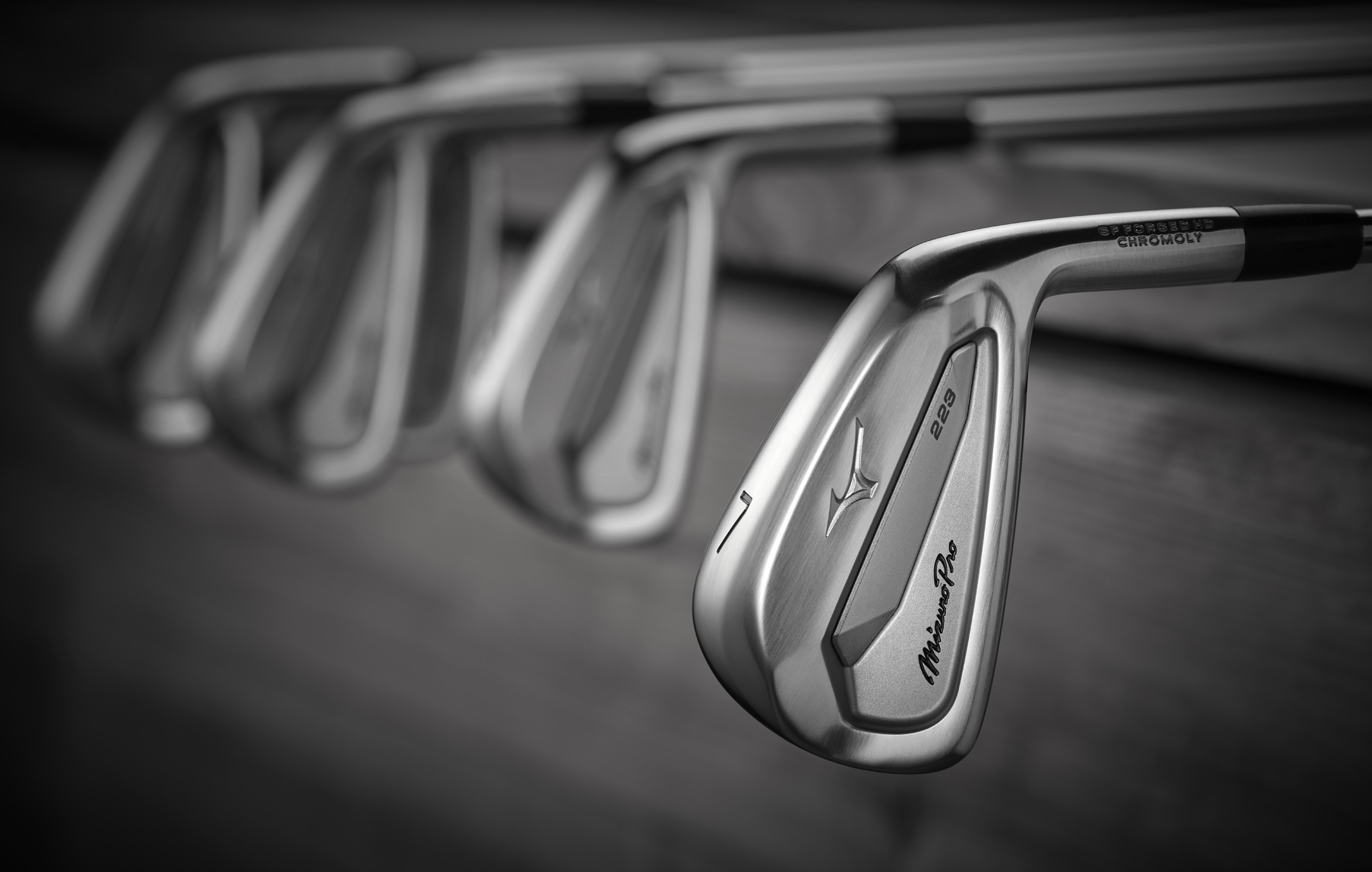 The Mizuno Pro 223 is smaller than its predecessor the MP-20 MMC – but shares its material and construction with the larger JPX921 Forged,

From a prior YouTube interview Mizuno’s product lead Chris Voshall highlighted that a return to Mizuno’s heritage Mizuno Pro script logo was not a return to traditional design.

They might be a little disappointed if they’re going, ‘Oh, traditional logo, that means everything is going back to how it used to be,’” Voshall says. “That’s not at all what it is. When we use that Mizuno Pro logo, or even the MP logo, our goal is not to make the most traditional, boring club that could have been made 20 years ago, but it’s super clean looking. There’s a lot of technology that we pack into it.”

Rather than making traditional-looking-and-performing irons, Voshall says the goal was to put out what the better player needs. And often times, things that a better player is afraid to ask for. 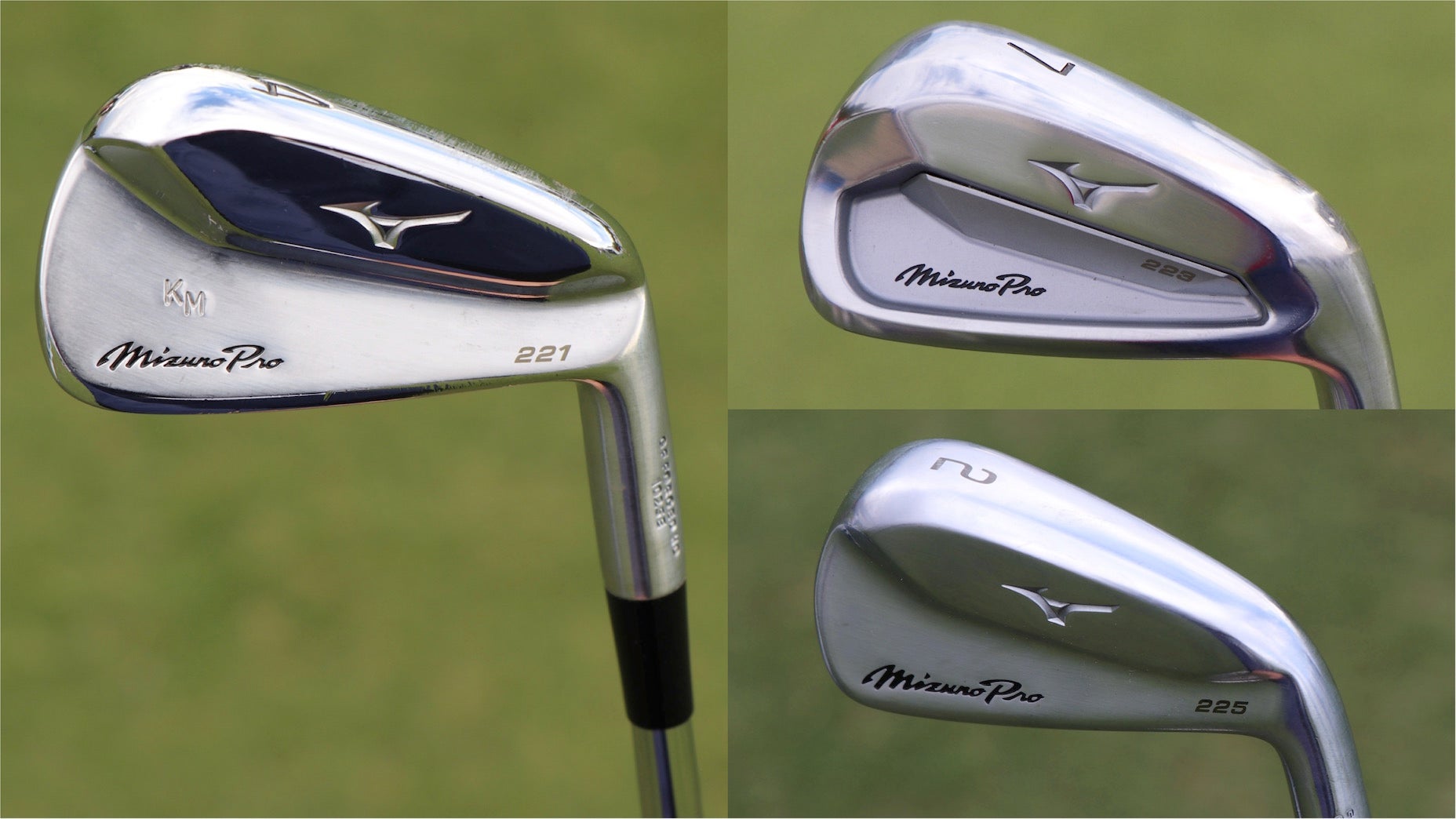 The Mizuno Pro 221 – in the bag of Mizuno staff player Keith Mitchell. 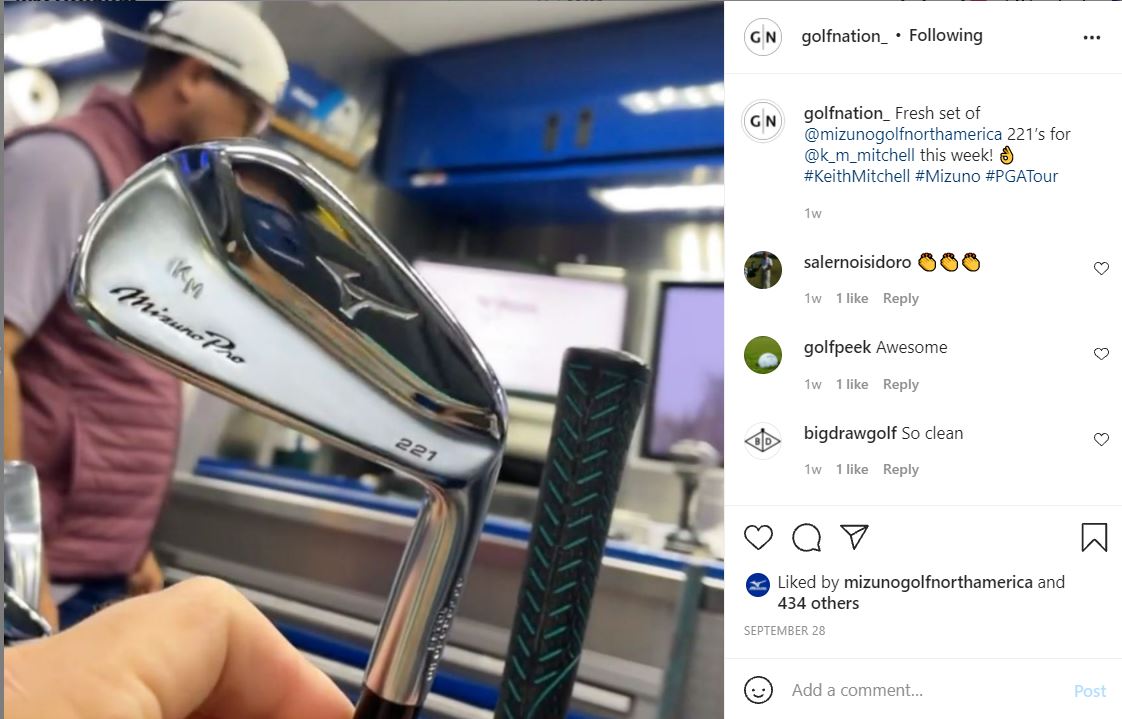