Four-time PGA Tour winner Chris Kirk joined us on the Mizuno stand at the PGA Show in Orlando to talk about his career, the highs and lows, his equipment choices and why he’s putting a Mizuno driver in play for the first time this season

Hi Chris, nice to have you here for the launch of Mizuno’s ST200 driver and fairway woods. To kick off, can you tell us how you got into golf in the first place?

Thanks – it’s a real pleasure to be here. I started playing when I was about seven or eight years-old. From a young age I was big into skateboarding and baseball but at high school I decided I’d stick to golf. At the time, I was pretty good but I wouldn’t say I had a special ability. The big difference came in my freshman year – I was 5ft 6ins when I started the year and 6ft 3ins by the time I finished. It was really a case of finally being able to get out of my own shadow and by 21 I turned pro.

How are you a different golfer now compared to when you first turned professional?

I’m a much more efficient player today. My ball striking has improved massively and I’ve found a way to consistently hit it well. Driving was my biggest weakness but I just didn’t know what to do about it.

Now I have a much better understanding of my own swing dynamics – the use of Trackman has certainly helped in that respect – and I have a much more repeatable action. Before my tendency was to flip my hands at impact which caused all sorts of problems.

Most players on tour today favour hitting a fade, particularly with the driver. Your stock shot is draw – why is that?

When I was a kid I didn’t even know how to hit a fade but now there are so many players with tonnes more speed. It makes it easier to learn how to hold the club off and hit it left to right which players hardly ever did in the past. But when I was a young kid I just wanted to hit it as far as I could and I grew up playing with a big slinging draw that’s stuck with me.

This is your second season using our equipment?

I’ve taken more and more of an interest in equipment as my career has developed and I have a much better understanding of what I want my equipment to do. The team at Mizuno are the best in the business at engineering clubs that do exactly what I want.

So for example with my driver I’m always looking for something that will help when I miss it in the heel. I need to know what sort of flight and shot it’s going to produce. The ST200X is the best driver I’ve ever had – I don’t seem to lose any ball speed with that kind of strike. The ball also starts straighter and flies straighter.

The great thing is that the driver can be dialled in for each individual player. If I was to use Keith [Mitchel]’s ST200 which has a completely different setup – I’d be all over the place. But for him, it’s perfect.

Talk us through your irons and the process of getting the right set-up.

There are always two things I’m looking at: apex height and spin rate. Being able to control both variables makes you a great iron player. 9-iron to 4-iron I want the flight to apex at 95-100 feet. If I have to manipulate the shot to get my ball there I know it’s not the right club for me. For spin rates it’s the same – I want to see the right numbers. My 4-iron should spin at 4000rpm working up to 9,000rpm for my 9-iron.

Working with the guys on the MP20 range has been so much fun. The set-up we’ve zeroed in on is MMC for my 9-iron to 6-iron and HMB for my 4 and 5-iron. My lofts aren’t particularly strong – 43 degrees for my 9-iron, 39 degrees for my 8-iron and so on through the rest of the set. The HMBs give me the perfect apex number and playing a combo set provides exactly what I want. I love the T20 wedges and they blend into the irons really smoothly. At the top end of the bag I use a CLK 20 hybrid, ST200 3-wood and ST200X driver.

How does your game feel going into 2020?

Everything feels in good shape and pretty sharp already. That in itself is really encouraging because you tend to have a reliable idea of where your game is and what’s to come. Now it’s about getting back into a rhythm of playing on the PGA Tour again.

And how do you get your short-game ready for tournament play?

For me it’s a process of experimentation in practice. I love talking to other players like Luke Donald about their thought processes, particularly when chipping or pitching. What’s so interesting is that no two golfers think about a shot in exactly the same way. I like to know what other players are doing and draw on that for inspiration.

What’s the secret to staying calm on the golf course?

For me, playing under tournament pressure is state of controlled chaos. It takes years of being in that situation to get comfortable. The only trick I can think of is to try and control your breathing to bring your heart rate down. Other than that ,it’s only you get a position to win and screw it up that you really learn! You have to say, OK, that didn’t work – next time my approach will be different and I’ll do better.

I remember my first PGA Tour win in 2011. I had a one-shot lead playing the last and I was looking at a 250-yard carry over water. That’s when I saw my nearest competitor make bogey and I felt so much relief because I didn’t have to take the shot on. I laid up and got the job done!

Is there one career highlight that stands out above the rest?

That’s a difficult but I’d have to say my win in Boston [2014 Deutsche Bank Championship]. Adam Scott marked my scorecard for the first two rounds and Rory McIlroy marked my card for the last two. The PGA Tour gives you your cards back when you win a tournament and all four are hanging up in the putting room I have back at my house. To compete against those guys and win means a lot.

I’ve actually never been big on goal setting. For me it’s all about the process. But if I were to give myself one goal it would be to enjoy playing golf. I know in myself what I need to do to get better and I’ll continue working on those things. There was a period in my career when I felt the pressure and a nervousness got to me. I now want to embrace those moments and enjoy being out there. 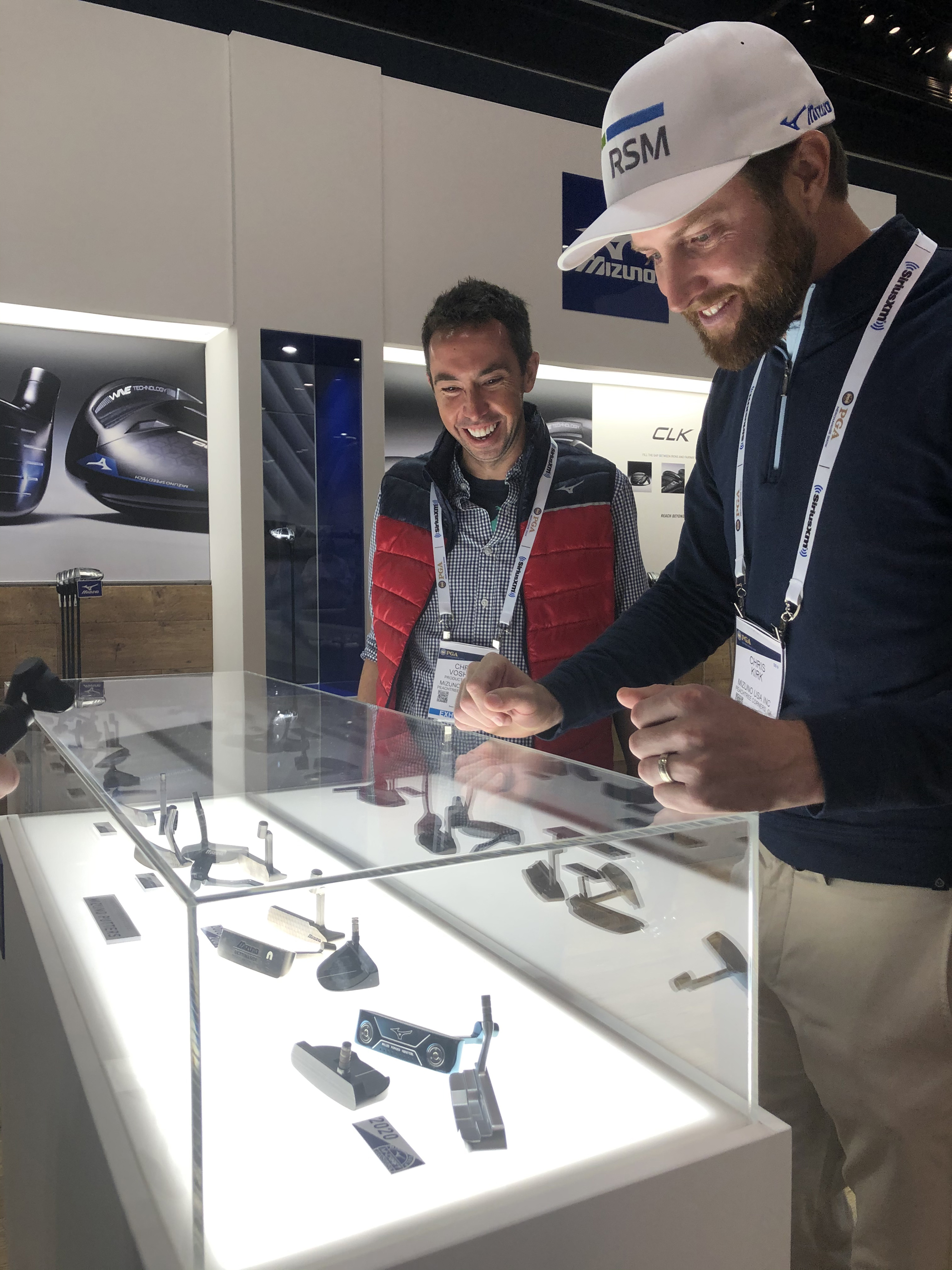