After months of speculation (some correct) and false starts – Mizuno released the first official picture of the JPX919 irons today.  More to follow on the 29.8.18.

Mizuno has kept the JPX919 irons under such a tight wrap – that even its tour players seemed taken aback.  European Tour winner and JPX900 Tour player Eddie Pepperell was first to join the conversation – quickly followed by Sir Nick Faldo and Luke Donald.

Many equipment enthusiasts will be equally curious to see what Mizuno’s list of non contracted players think of the new models – especially a recent 3 time major winner.  Follow the conversation using #jpx919 or give your reaction on the Mizuno Forum. 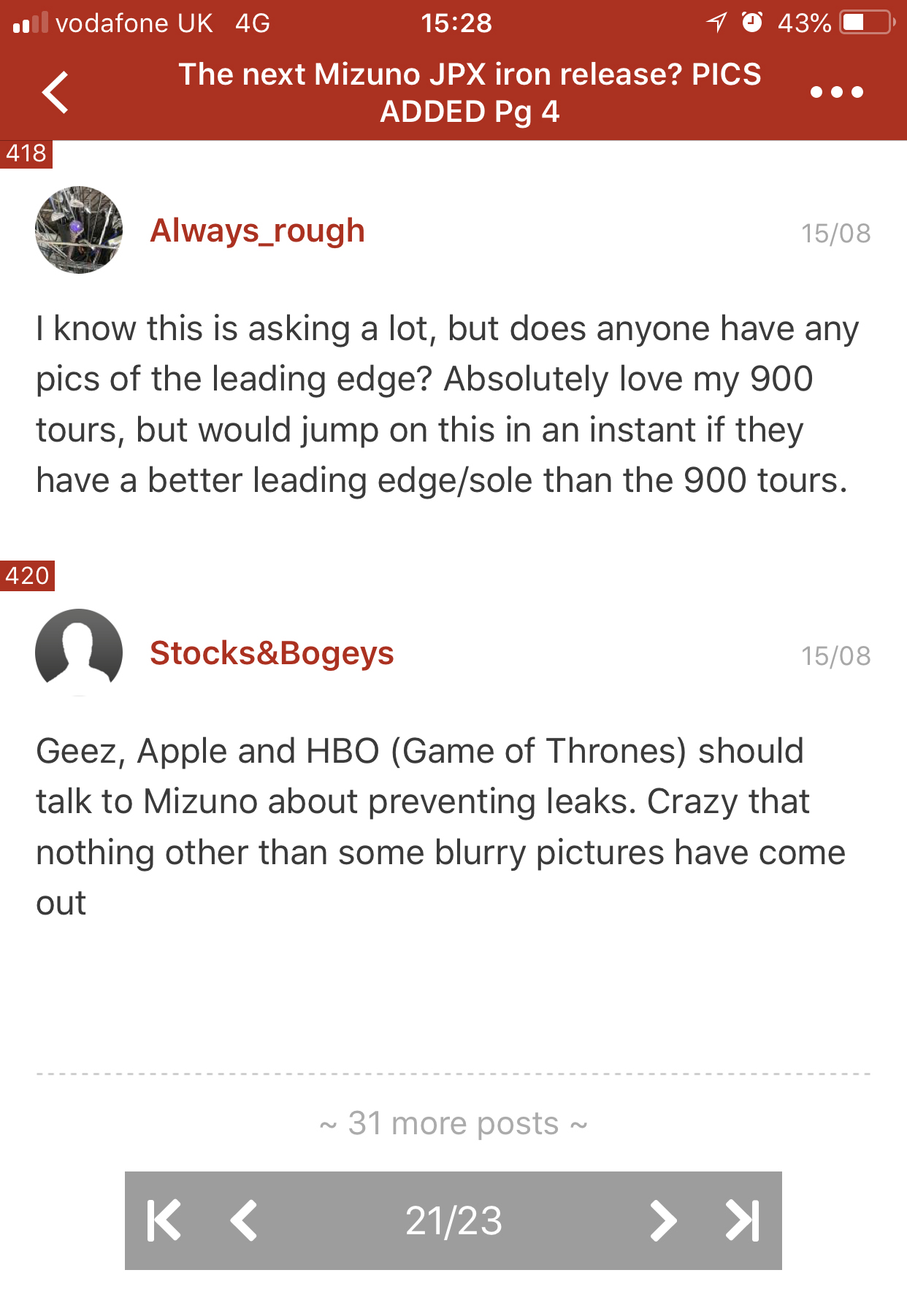 Some even went as far as to produce video content prior to seeing the irons – in a race to capitalise on the snowballing conversation.