Mizuno introduced its first golf ball to the Japanese domestic market in 2005, its first urethane covered ball to Europe in 2013 and its 2nd generation tour type balls MP-s and MP-x in 2015.  However, the RB TOUR and RB TOUR X are the first models Mizuno has launched globally – with US, Japan / Asia and its EMEA regions all distributing the ball for the first time.  The Golf  Digest GOLD is the 2nd windfall for Mizuno’s more global approach – with Taichi Teshima registering a first win on the Japan Senior Tour. 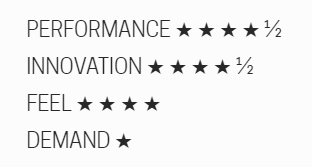 After 13 years we had the expertise to build a really high performance tour ball that works particularly well in the wind.  Mizuno has its own wind tunnel at the Mizuno Technics laboratory and a particular skill set in aerodynamics.  We’ve now built a reputation across Asia and Europe for producing a quality ball – working with tour winners, elite amateurs and emerging tour players.  The RB TOUR takes us to the next level and we’re excited to see where this takes us – especially with US golfers who are ready for an alternative.  We’ve been lobbied on every social media channel to introduce the ball to the US market, but we specifically wanted to wait for this ball.