Having managed to keep the MP-20 irons and T20 wedges under wraps until the USGA listings went live on 15th July – Mizuno uncloaked its new additions on Tuesday of the Open Championship.  Though it was soon revealed that Fraser Moore had quietly been the first to put his set into play at the previous week’s Scottish Open (having lost his main set on route to Germany).

Fraser needed a set in a hurry and it made sense to switch to MP-20 now, rather than changing again a few weeks down the road.  It’s kind of apt that the first MP-20 set had a very practical use – rather than serve as a marketing move.  Represents what Mizuno stands for in every way.

Several MP20 sets were made up on Monday and Tuesday of The Open – with little expectation that they would see action at Portrush.  The Open is generally an unlikely week for players to switch equipment.  However, with Mizuno running the Official Workshop to The Open Championship, Portrush was an ideal spot to showcase Mizunos new MP models to players and media alike. 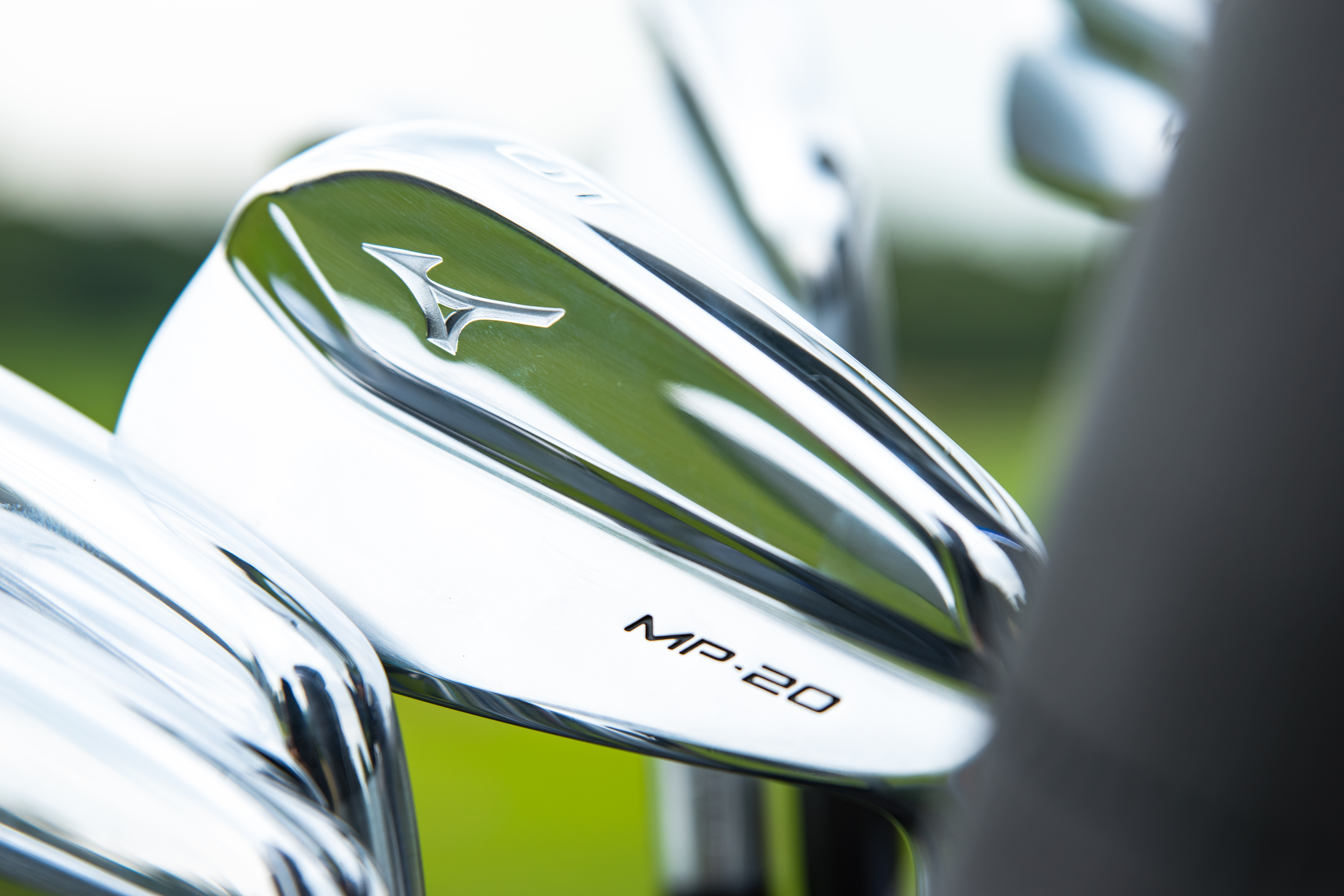 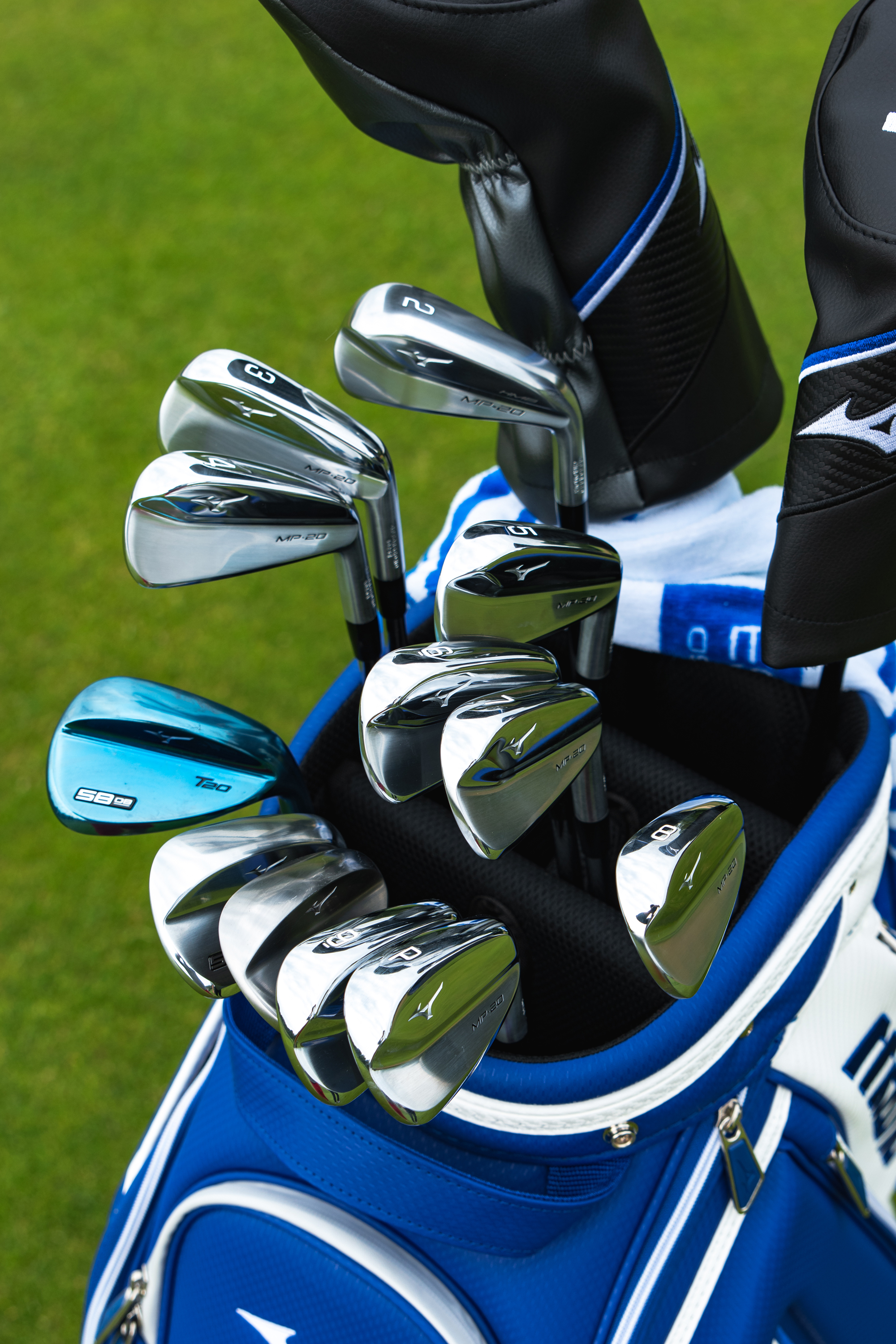 The most noticeable change in the MP-20 is the re-introduction of copper underlay between the Grain Flow Forged heads and chrome plating.  Last seen in Mizuno’s much revered MP-29, MP-14 and the legendary TN87 – copper underlay was originally used to adhere the chrome plating to forged steel.  Re-introduced in Japan’s domestic Mizuno Professional line in 2017, testing suggested that the legendary feel of the older blades was most likely due to that layer of copper.

Mizuno’s post showing a raw copper head (which was being used to explain the process to Mizuno’s players and media) – quickly became its most discussed image ever posted on social platforms.

The MP-20 series is comprised of 3 models – the MP20 muscle back with tapered blade, its MP-20 HMB (Hot Metal Blade) and a much fined version of the MMC.  Each of the models designed to be easily mixed and matched within custom sets.  Left handers should be delighted to know that the they have access to a Mizuno blade for the first time since the MP-68.  This time from 5-PW with the MP-20 HMB 3 and 4 iron as part of the MP20 SEL (Special Edition Leftie).

Another surprise for many was the non reappearance of the popular SC – the MP18 SC having been the biggest selling of Mizuno’s MP-18 line.  However, Mizuno’s engineers have reduced the size of the MMC mid and short irons to essentially cover both the previous MMC and SC in just one model.  The forgiveness and stability of the new tapered blade design also factored into that decision. 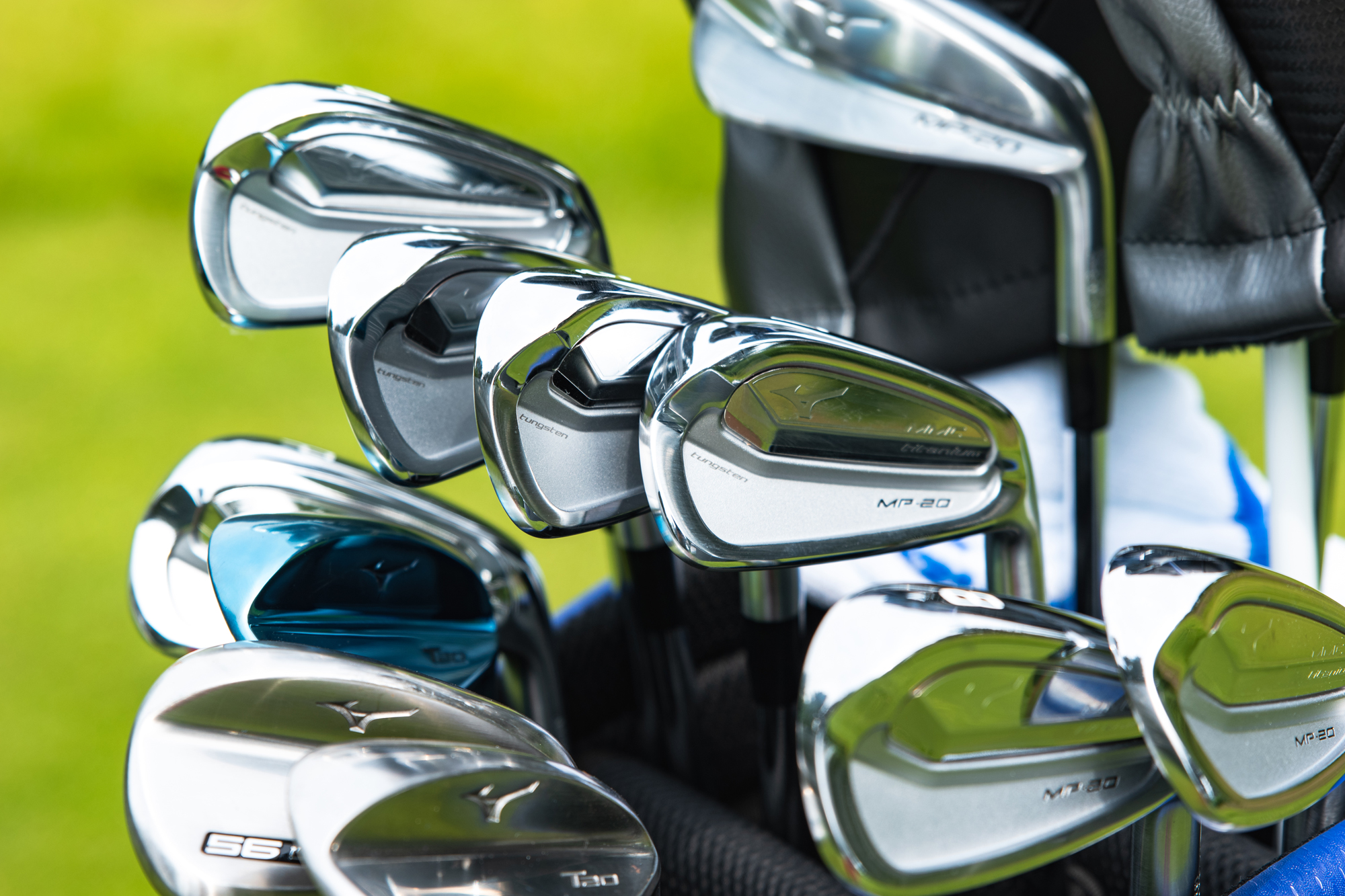 The MP-20 MMC is more compact than its predecessor through the short irons.

The tapered blade is so stable, that a compact one piece forged cavity like the MP-18 SC becomes a little redundant in the fitting process.  The real levels of forgiveness are negligable – on many measures the blade was actually more forgiving.  Combine that with the possibility of mixing as set of MP-20 blades with the new MP-20 HMB from – that marginal difference of forgiveness isn’t a real factor.  The trend to mixing sets has become the new way for better players to build forgiveness through the set.  Over 80% of our MP-18 sales were mixed or blended sets for that reason.

The most discussed iron at Portrush, Mizuno’s MP-20 HMB (Hot Metal Blade) now becomes a major factor within its line up. Used as a long iron replacement for players with faster swing speeds, the compact nature of the short and mid irons now makes it a serious option through the entire set.  A Grain Flow Forged Chromoly face and neck put this very serious looking iron well inside Mizuno’s expanding ‘Hot Metal’ category.  Having first introduced the concept of low offset, better player hollow construction irons with its original MP Fli-Hi, Mizuno believes that the HMB completes it evolution of the concept. 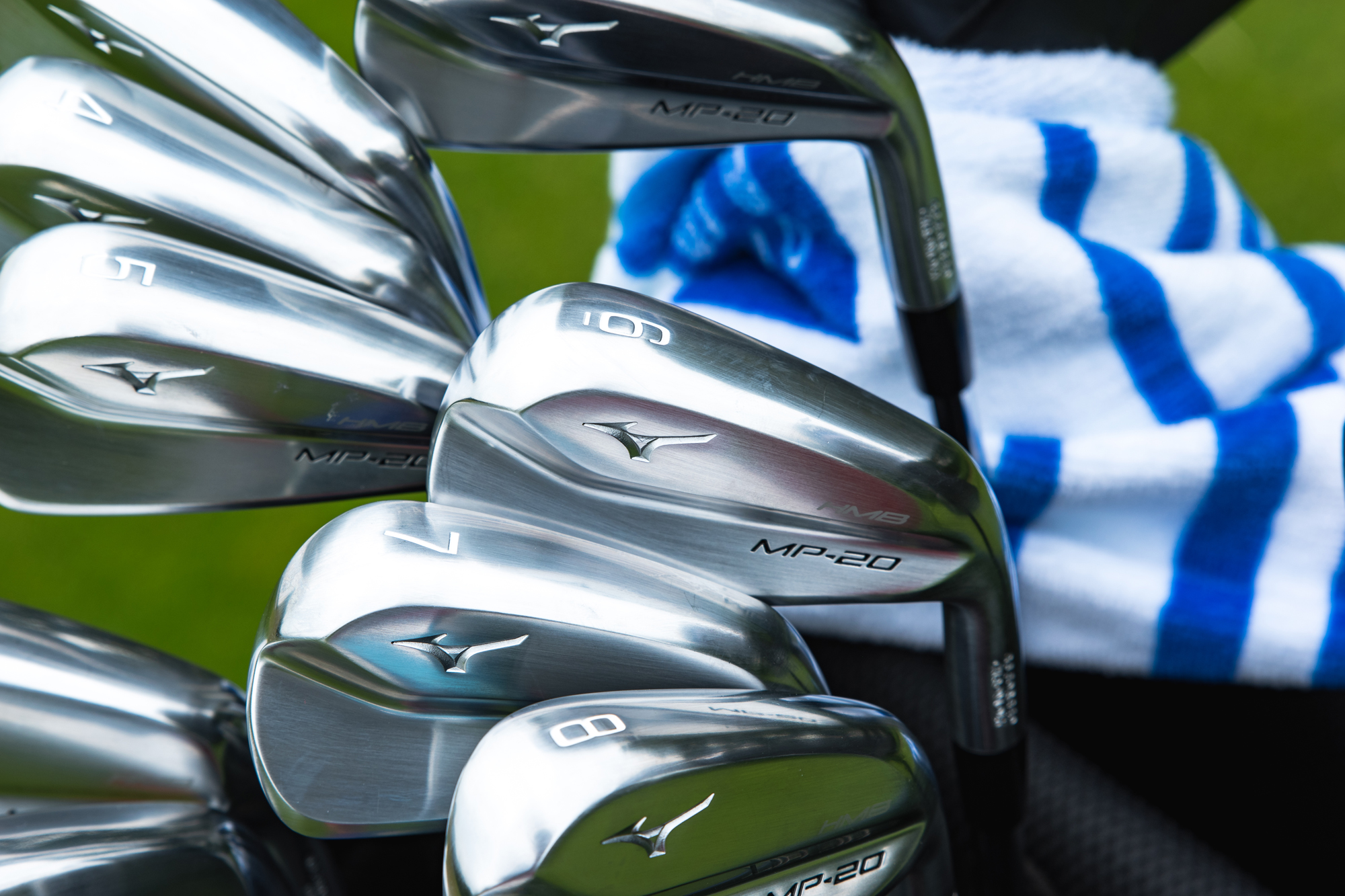 Mizuno’s T20 wedges complete the new line up and continues the new tapered blade theme.  Mizuno quickly discovered that its players weren’t happy to see the back of its T-Series wedges in 2018.  Its subsequent S18 wedges, though commercially successful didn’t make many bags on tour.  So when the T7 Raw finish was continually spotted through 2019 in the hands of Eddie Pepperell and Luke Donald in particular – it was clear that the T series needed to return quickly. Available in 3 finishes – including a Raw option, the T20 looks ready to reset Mizuno in the better players wedge category. 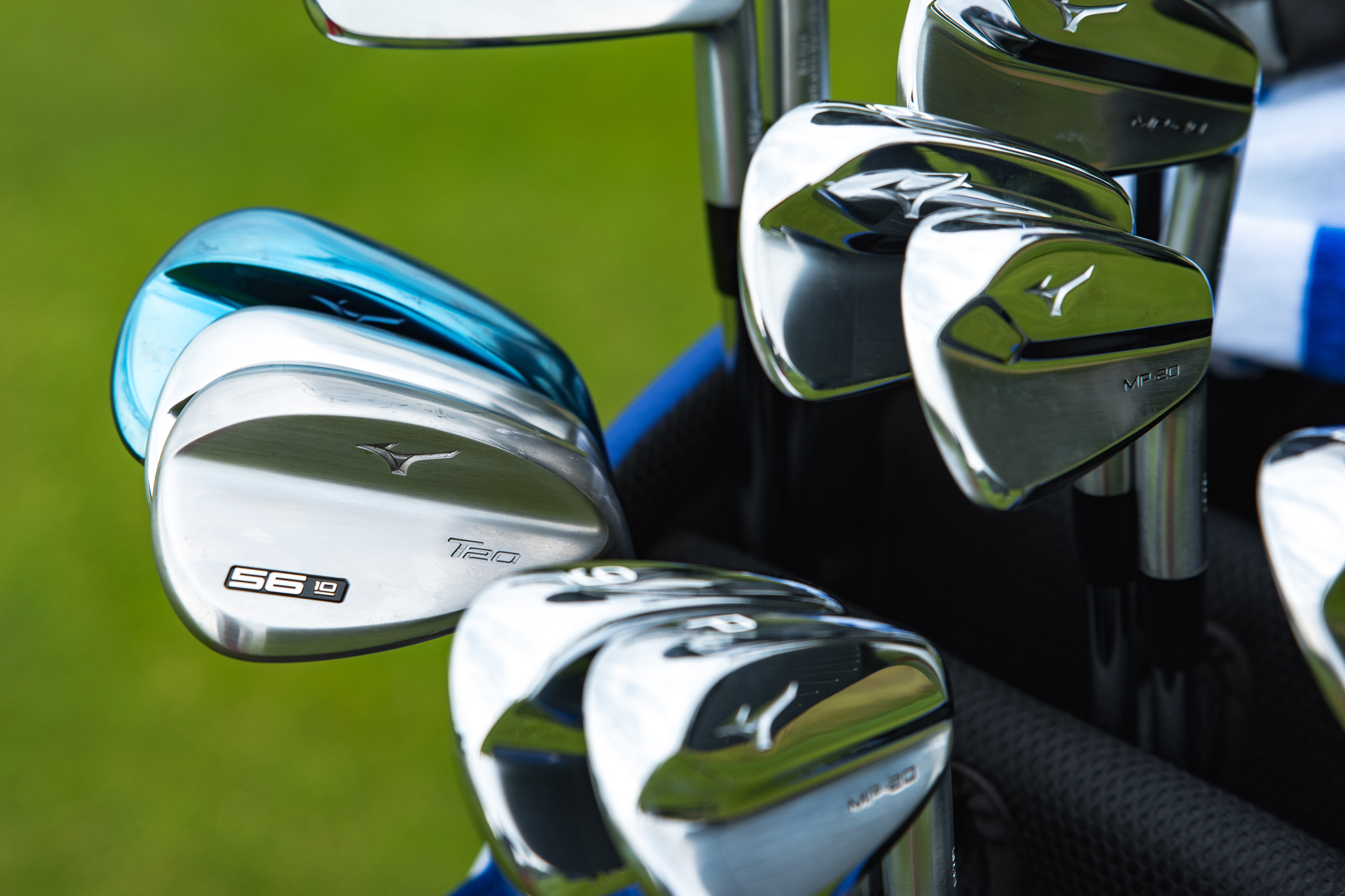 The MP-20 series will be available for fitting from September 2019 at Mizuno’s network of Swing DNA Fitting centres. Website live date with all custom specs and options and pre-sale from 5th September 2019.

Book a fitting at your local Mizuno Swing DNA Centre.