Mizuno’s burgeoning iron reputation received another boost on Sunday – with a win on the LPGA Tour.  Korea’s Eun Hee Ji claimed the 2018 KIA Classic.  Ji, who adores Mickey Mouse and goes by the nickname of the famous character, won with an ace on Sunday’s closing stretch to capture her fourth career win on the LPGA Tour at the Kia Classic. Ji carded a final round 5-under par, 67 to win by two-strokes.   Ji played the split cavity version of Mizuno’s MP-18 iron series.

Mizuno irons have won an increasing number of events across the world over 2017 and 2018.  The 2017 US Open winner played Mizuno’s JPX900 Tour irons – through free choice.  Earlier in 2018 Eddie Pepperell won his first ever European Tour event after switching to Mizuno irons.  On the 11th March Mizuno irons were played by the winners on both the PGA Tour and Champions Tour – with neither player sponsored by Mizuno. 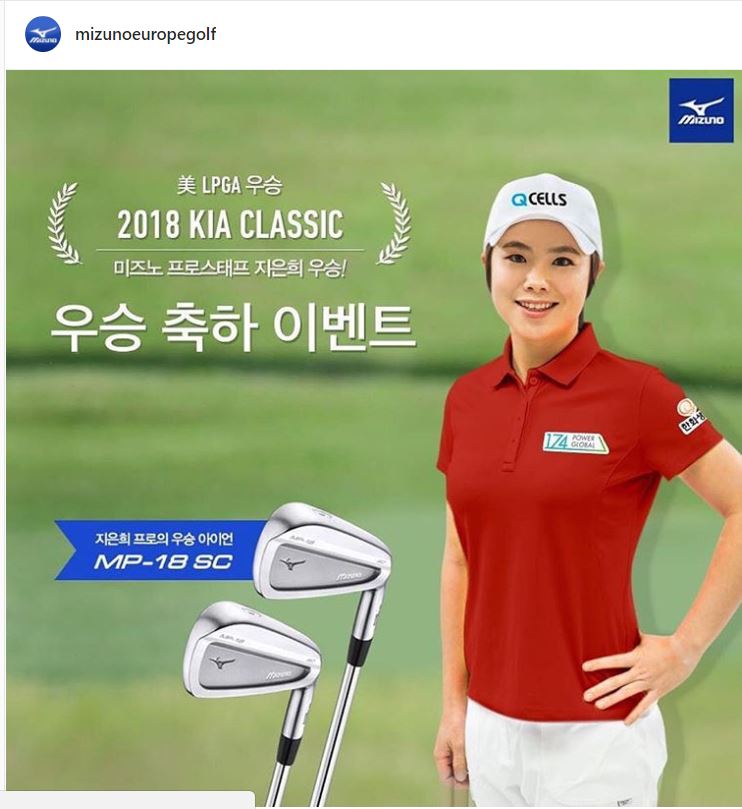